How does the Raspberry Shake compare to a broadband seismometer?¶

Seismologists often ask, “How does the Raspberry Shake measure up against a broadband seismometer like the Nanometrics Trillium Compact?”.

The answer: From ~2s to 40 Hz where the frequency response of the Raspberry Shake is flat, the performance is the same. Since automated processing systems like SeisComP3 typically filter from 1-5 Hz, this means a broadband and short-period sensors like the Raspberry Shake are essentially indistinguishable for earthquake detection purposes.

But do not take our word for it, extract some real-life data and see for yourself!

For your enjoyment, we have co-located the following instruments at our PA.BRU2 international seismic station:

All units are co-located on the same concrete pier and running at 100 sps. All instrumentation was oriented towards North using a gyroscope.

The Raspberry Shake Project owns and operates a Class A seismic vault for real-time earthquake monitoring, sensor development and testing, and experimentation called “BRU2”. BRU2 was finished and brought online in 2011. It houses a Nanometrics Trillium Compact Broadband Seismometer and Nanometrics Titan Accelerometer. 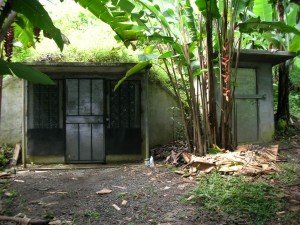 Welcome to the jungle! The BRU2 seismic vault and power hut.¶

Real-time data from BRU2 are available through the IRIS Consortium: BRU2 at IRIS.

Click here for the BRU2 station map. (Zoom out to see the volcano to the East where the Raspberry Shakes are built! And if the map does not load for whatever reason, hit the purple “Update Map” button.)

Download the instrument response files in xml format (sc3 inventory-xml in the case of the Raspberry Shakes):

Please note that the latitude and longitude of the Raspberry Shakes has been obfuscated. The real coordinates are: <Latitude>8.794</Latitude>, <Longitude>-82.687798</Longitude>

For real-time streaming and archived continuous data, you can use Swarm to visualize the data in classic helicorder plot mode and then extract the miniSEED data using FDSN Web Services (a quick and easy tool for data extraction): 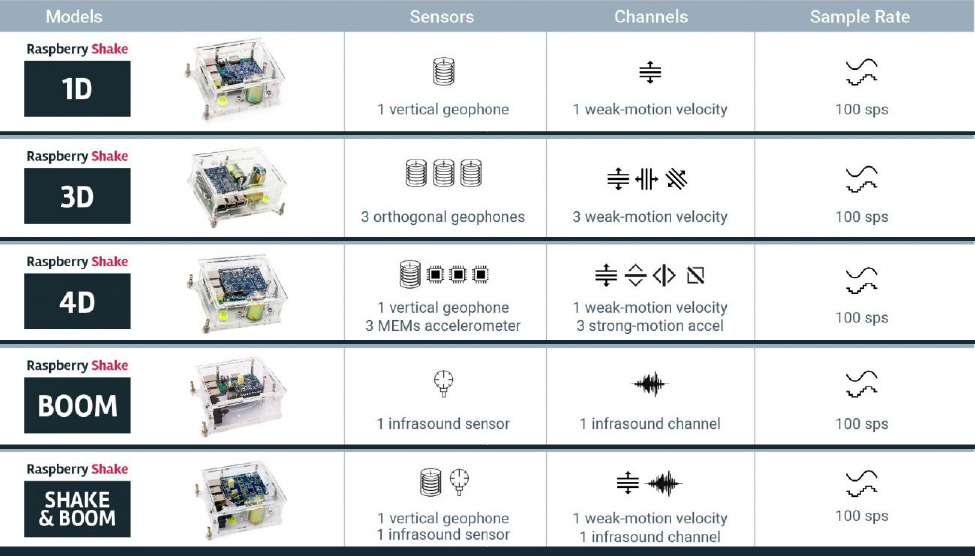 sps = samples per second on all channels

The RS1D, RS3D, RS4D and RS&BOOM have the same capabilities for detecting Earth motion in the vertical dimension. The RS3D replicates these abilities in the horizontal dimensions, providing the user with a fuller view of Earth motion in all 3 dimensions. The difference between the RS1D and the RS4D is that the RS4D has a 3 dimensional accelerometer built into the board. This is interesting for people who live in earthquake zones where the strong motion might be enough to saturate the vertical sensor. With the accelerometer, the Earth motion would remain on scale with the added benefit of being able to detect lateral motion as well.

Some comparisons we did using SQLX¶

It shakes a LOT in Panama and, while writing this manual page on a Sunday a bit before the sun had come up, there was a felt event. 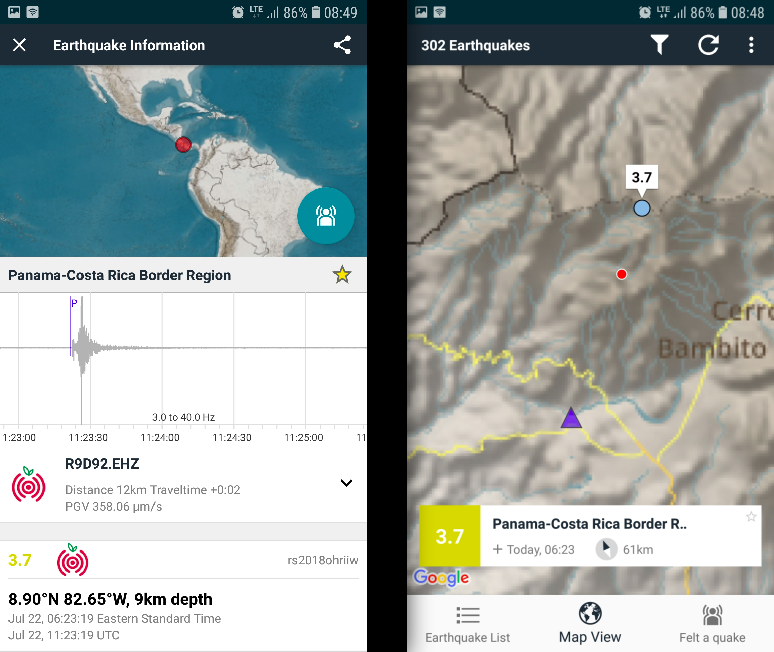 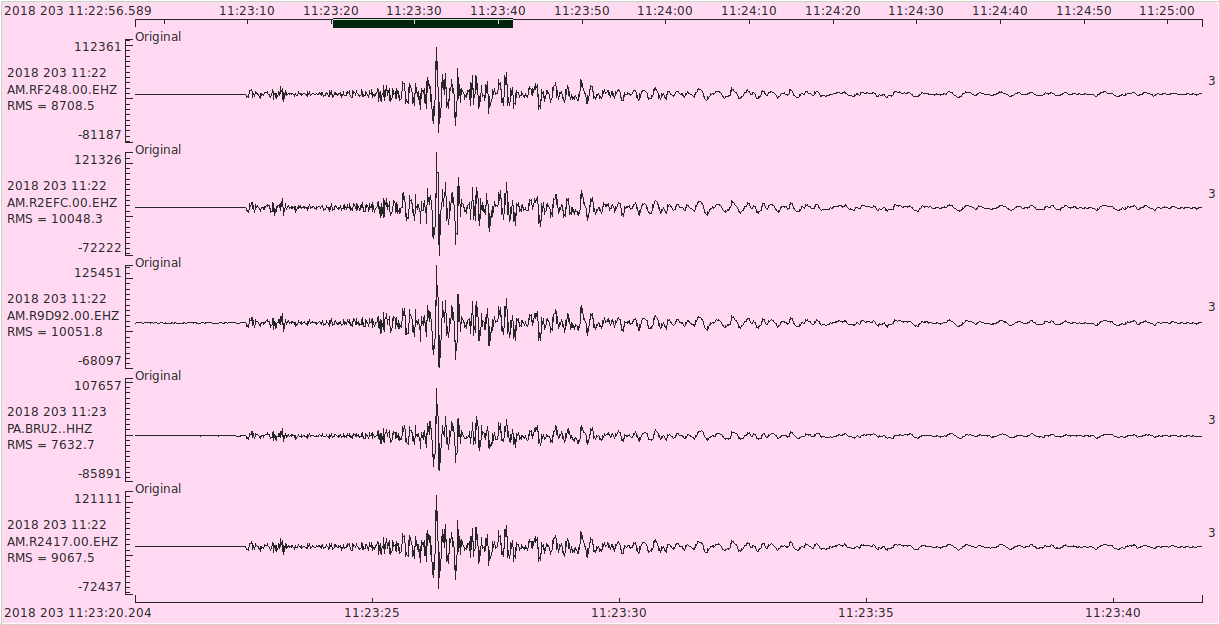 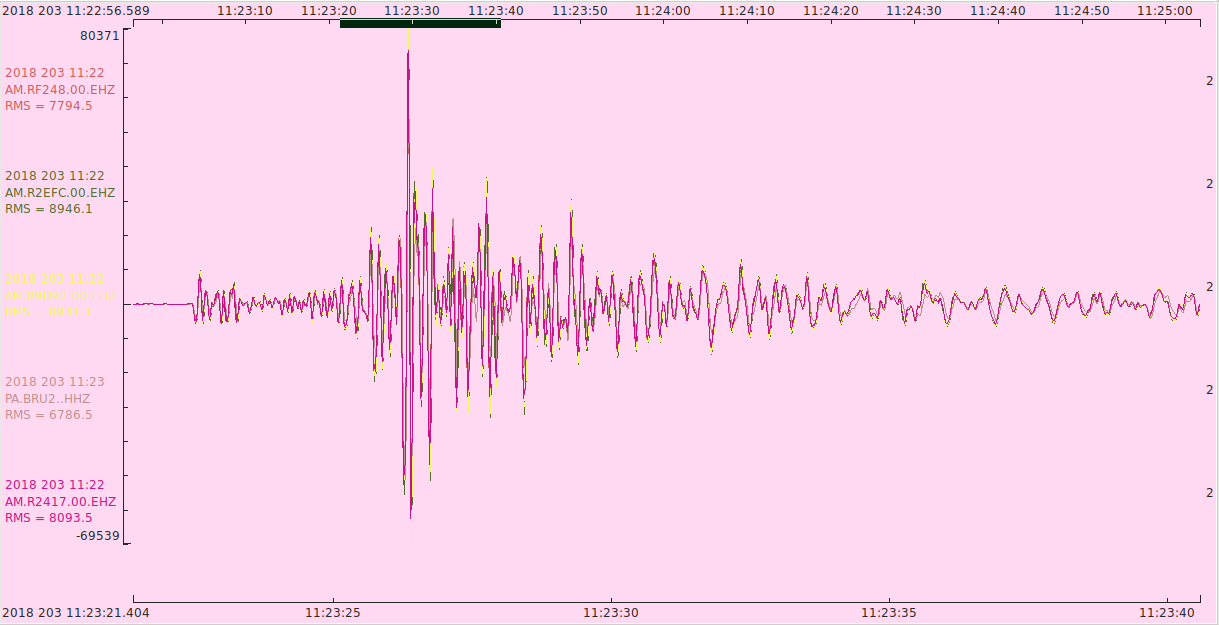 All vertical velocity channels (EHZ, HHZ) filtered from 0.2 to 10 Hz and overlain. No deconvolution/ amplitude correction applied. Click to enlarge.¶ 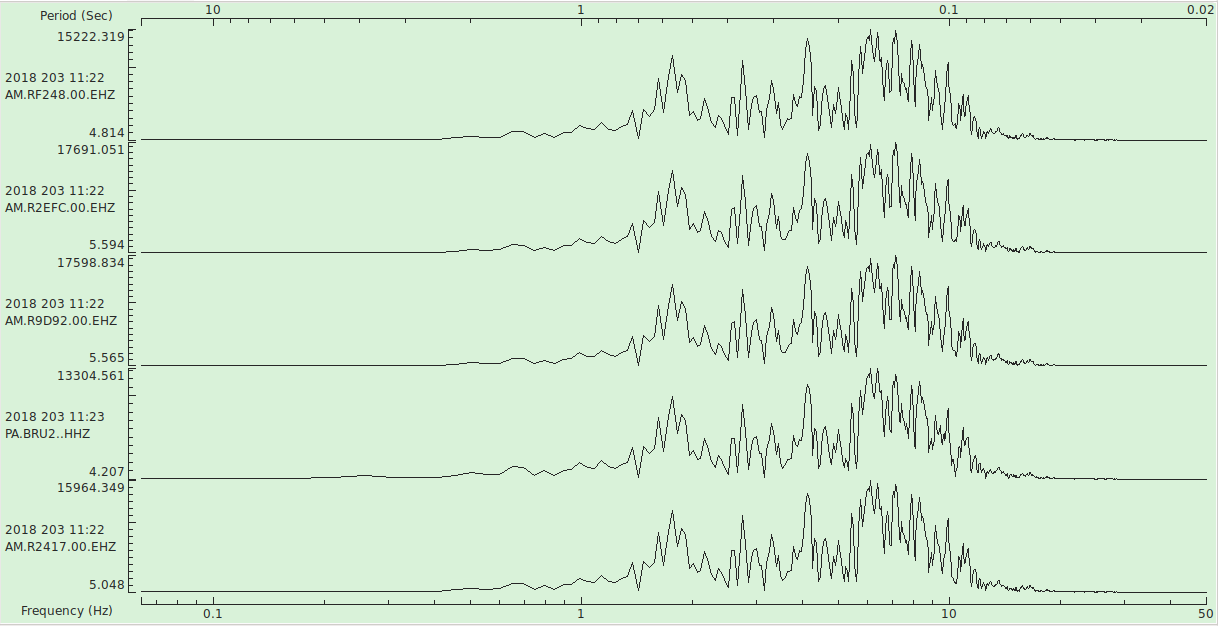 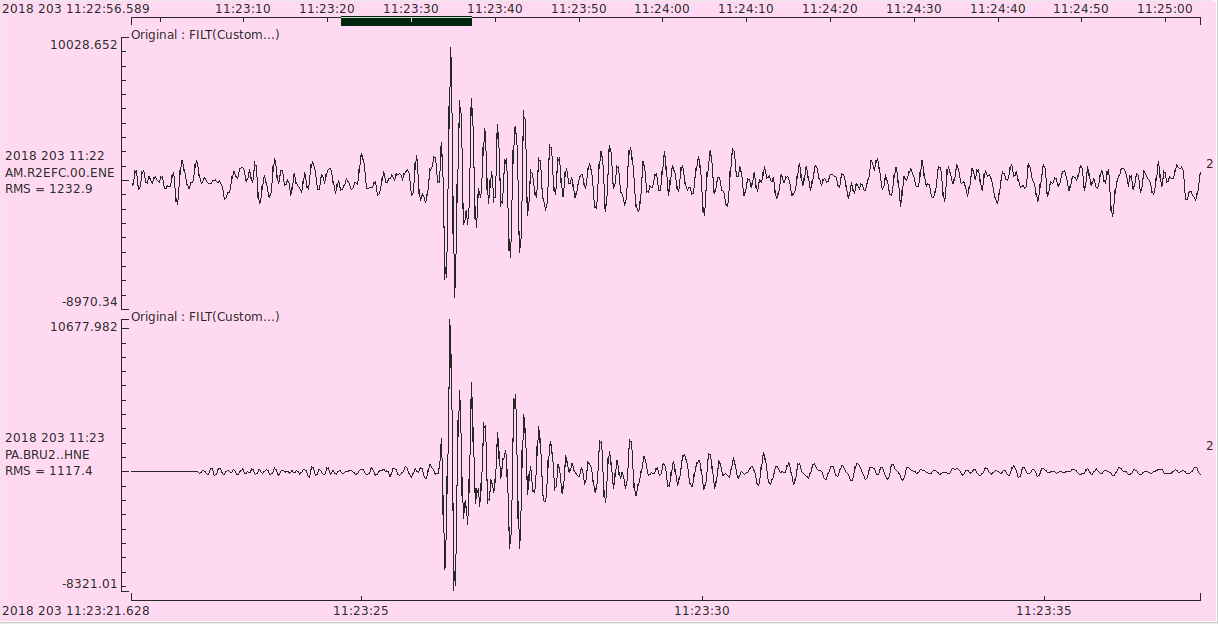 Accelerograph channels ENZ and HNZ filtered from 1 to 10 Hz. Even for this tiny event, the MEMs react nicely. Click to enlarge.¶

For more details about SQLX visit, sqlx.science. Or email us at sales@raspberryshake.org for a quote.

For a third-party look at the RS4D’s self-noise and to get a better idea of what kind of seismic activity you can record with Raspberry Shake, see the USGS’s peer-reviewed article and YouTube video: