The “metadata” or “instrument response files” complement the raw waveform data, providing the information that seismologists use for data processing, including: 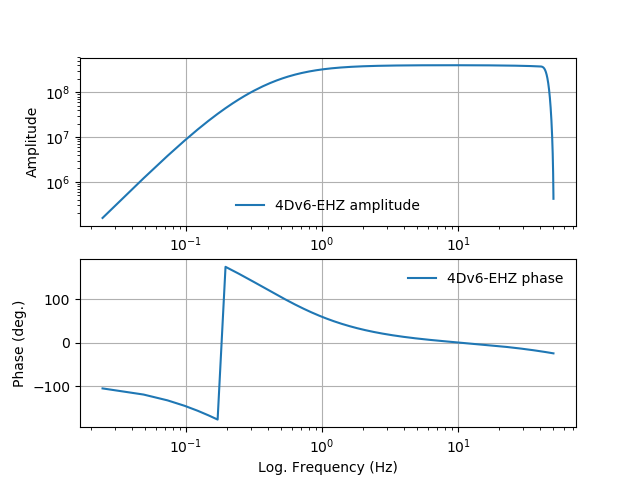 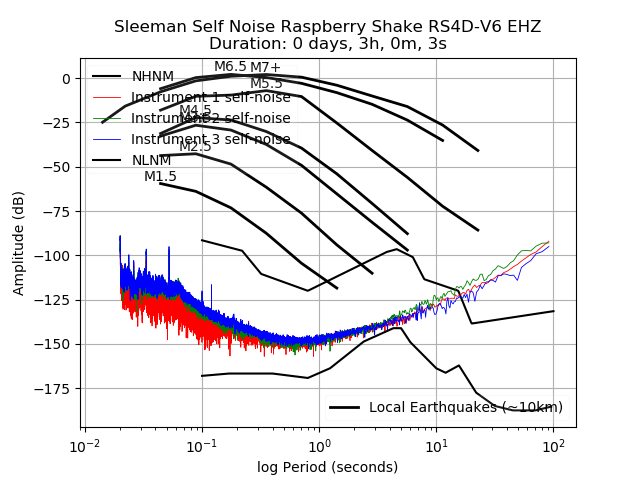 For a third-party look at the RS4D’s self-noise and to get a better idea of what kind of seismic activity you can record with Raspberry Shake, see the USGS’s peer-reviewed article and YouTube video:

In an effort to ease the pain (every seismologist out there knows what we mean by that), we have automated the generation and maintenance of metadata for those Raspberry Shakes that have the Data forwarding option enabled (this now includes the automated opening and closing of Epochs within the response triggered by changes in latitude, longitude, elevation, instrument-type, etc.).

You can download the nominal instrument response file for your Raspberry Shake in XML format using stationView (Click on your station’s triangle and scroll down to “Download instrument response”), FDSN Web Services (see “fdsnws-station”), or gempa GmbH’s SMP Repository.

In the sections that follow you can download a nominal instrument response file for your Raspberry Shake in the following formats:

Here is some background information that will help you build your own custom instrument response file:

LOWER CORNER: This will be dictated by the sensor, not the RJAM. The RJAM’s response is flat to DC.

UPPER CORNER: The RJAM operates at 100 sps and the high corner frequency will almost always be limited by this decimation routine used by the RJAM and not the sensor itself (most seismic sensors are designed to have flat frequency responses from the low corner frequency to past 50 Hz … We use the same decimation routine (FIR coefficients) for the RJAM as for all other RS products. On the RJAM itself it is possible to introduce a single pole low-pass filter (by including capacitors at C[a] and C[b]), these would generally be used to chomp off any noise from 50/60 cycles per second electric lines).

SENSITIVITY: This will depend on the sensor and resistors used in the RJAM. You can determine this empirically with a step table (aka a calibration table) or Shake Table.

You can change the behavior of remove_response by adding the options described at: